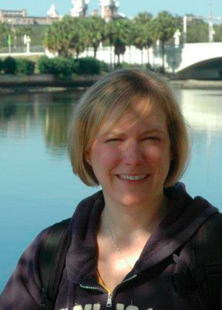 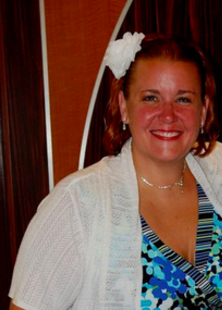 Joanne (Miss Joanne) founded Joanne's Dance Extension in September of 1984 in Canton, Michigan.  She is currently serving as Dance Masters of America's Immediate National Past President.  She is the founding President of Great Lakes Regional Dance Masters Chapter 46.   She is a graduate of Teacher's Training School and is currently an Administrator of that program.  She held the title of Executive Director of Dance Masters of Michigan, Chapter 4, for many years before the Great Lakes Chapter was formed.  She has been active in the Plymouth-Canton community for her entire career, including sponsoring and organizing a dance & gymnastic program for Speech and Language Systems' sensory challenged students. Joanne has also been recognized for choreography on both the regional and national levels.

Joanne's students have gone on to perform in ballet and modern companies, musical theatre, and cruise line productions.  Joanne has had many students pursue dance degrees from colleges and universities including University of Michigan, State University of New York at Buffalo, Wayne State University, Marymount Manhattan, NYU, Southern Methodist University, Marygrove College, and more.  Joanne's students have been awarded scholarships for furthering their dance education at all levels.

After begging her parents ceaselessly, Molly began her dance training at the age of nine at Dancin’ Feet in Canton, and instantly fell in love. Throughout her childhood, she found any opportunity to perform (school theater, choir, forcing her parent to endure self-choreographed “dance recitals” in the basement, etc.) and study dance, including the dance workshops at Joanne’s Dance Extension that she always looked forward to in the summers.

When it was time for her daughters to start dancing, she brought them to JDE because of the dancers’ lovely quality of movement, the studio’s family-friendly environment, the teachers’ obvious care for each student, and those amazing dance yearbooks she always envied growing up. Molly enjoys using her background in dance, music, and theater when teaching the studio’s younger students, and watching their natural creativity, musicality, and delightful silliness shine through as they dance. When she is not teaching dance, she is serving lattes to sleepy commuters, telling stories/singing with her preschool Sunday School class, falling asleep on top of books she fully intends to read some day, and eating anything with cheese in it. 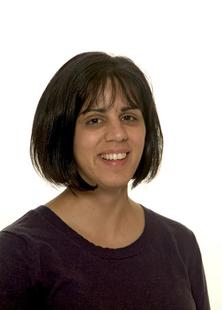 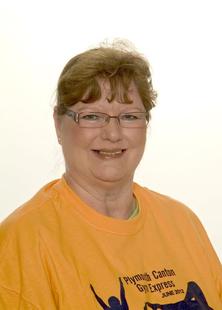 Christine (Miss Chrissie) started dancing with Miss Joanne at the age of four. Her training in ballet, tap, jazz, and acrobatics continued on all through high school. As a student, Christine had a very successful competitive career and was always seen assisting classes and mentoring young dancers. Christine participated in numerous summer programs including Dance Masters of America’s Student Honors Intensive Program. Once she turned 18, she attended DMA’s Teacher Training School. She graduated from T.T.S. in 2008 and was awarded the Bachna Scholarship, the highest award presented at DMA’s Training School. In addition to her TTS certifications, she is certified to teach Grade I-V by the Cecchetti Council of America. Christine has judged for Dance Masters of America chapters, and she currently serves as the DMA National Performing Arts Competition director. Chrissie is a Nationally Certified examiner by Dance Masters of America, and the Zumba Master at Joanne’s Dance Extension!

Miss Chrissie’s students have continued her path and have been very successful both Regionally and Nationally in competition. 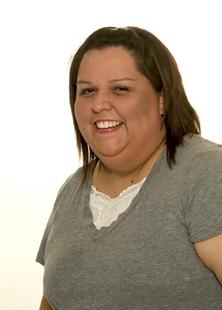 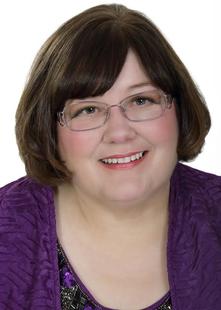 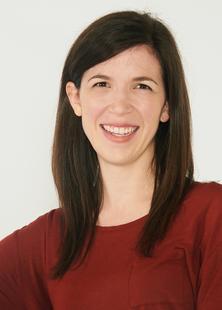 Miss Tiffani has been teaching in the Canton area for the past 20 years. She owned and directed her own studio before joining Joanne's Dance Extension's esteemed staff. She is a certified member of Dance Masters of America, Dance Educators of America, and Great Lakes Regional Dance Masters.  In addition to teaching for Joanne's Dance Extension, Tiffani teaches at several other organizations including Dance Masters of America. She is a frequent judge for American Dance Awards all throughout the United States and Canada. 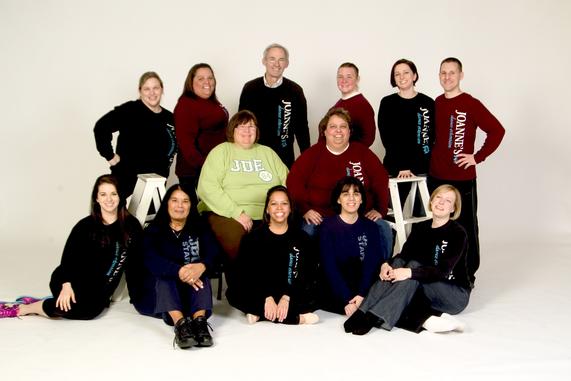 Miss Deanna began her dance training at the age of four with Miss Joanne.  She studied ballet, tap, jazz and lyrical throughout her student career. Deanna was also a Company member and had the opportunity to travel across the United States and Canada to workshops and competitions sponsored by Dance Masters of America.  During her years as a student, she assisted with student classes. After certification by Great Lakes Regional Dance Masters and Dance Masters of America, Deanna became a staff member! Deanna contributed many hours to the development of the current Joanne's Dance Extension primary and Pre-Competitive program for over 15 years.

Although Miss Deanna lives in Macomb Township, she drives many times a week so her own three children can be trained by the best at Joanne’s Dance Extension!

David ('D') found dance a little late in life.  At age 12, after 7 years of hockey, he thought that it would be more fun to be in a classroom with 15 girls than on the ice with 15 sweaty guys; and it was! The rest, as they say, is history. He began dancing under Miss Joanne's guidance at age 12, and continued with his training until he graduated from High School in 1986. In 1988, he was asked to become a permanent member of the staff. So, he became a member of Dance Masters of America and became certified to teach Tap, Jazz, and Acrobatics.  In 2000, David became a founding member of Great Lakes Regional Dance Masters Chapter 46, and has served as a Director, Vice President, and President of the organization. While continuing to teach dance, David attended Eastern Michigan University, where he received a B.S. degree in Construction Management in 1994. Since then, 'D' has focused on teaching Tap, Gymnastics, and Acrobatics to all ages (from Preschool to adult).

Mr. David is known around the studio for his loud voice, loud music, and controlled chaos (especially in Gym).  He is proud to have called JDE home for the last 25+ years! 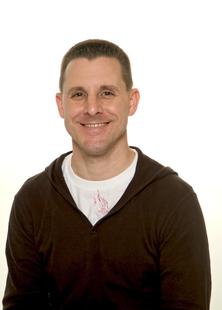 The Joanne's Dance Extension Faculty is one of the most welcoming groups you will ever meet. We take pride in our staff's ability to teach our students valuable life lessons as well as wonderful dance technique. Our staff is respectful and teaches every unique child in a way that works best for them.​​

Our staff has received many awards both individually and as a whole. We would love for you to learn about our family!

Julie (Miss Julie) has been dancing since the age of three; when she was first enrolled at Joanne's Dance Extension.  She joined our staff in 1999 as a ballet instructor.  Miss Julie is a certified member of Great Lakes Regional Dance Masters (GLRDM) Chapter 46. She currently holds the title of GLRDM Past President and has been on the Board of Directors for the chapter since its forming in 2000.  Julie has been the GLRDM Solo Title Scholarship Director since 2000.  Miss Julie is certified to teach Grade I-V by the Cecchetti Council of America, and has been a member of that organization since 1999.   Julie attended the University of Michigan on a dance scholarship initially, but chose to pursue academics formally and graduated with a Bachelor's Degree in Aerospace Engineering in 2001.  She graduated from the University of Michigan again in 2007 with a Master's Degree in Business Administration.  Miss Julie delights in using her academic education in the classroom, especially when explaining dance moves in terms of physics.

Julie is dedicated to excellence in ballet training, a fact that is exemplified by her students' remarkable success in their Cecchetti examinations.

Miss Sharon began her teaching career at the Downriver YMCA instructing swimming, diving, and gymnastics. She taught in the downriver area for many years before branching out to Joanne's Dance Extension eight years ago. In addition to her popular gymnastic classes at Joanne's Dance Extension, Miss Sharon is a certified judge for the National Association of Women’s Gymnastics.  She travels throughout the state of Michigan and Canada judging various levels of gymnastic meets.  She has taught workshops  throughout Southeastern Michigan for Dance Masters of America and various gyms. She is certified with the United States Gymnastics Association, Dance Masters of America, Great Lakes Regional Dance Masters, and also holds a gymnastic safety certification.